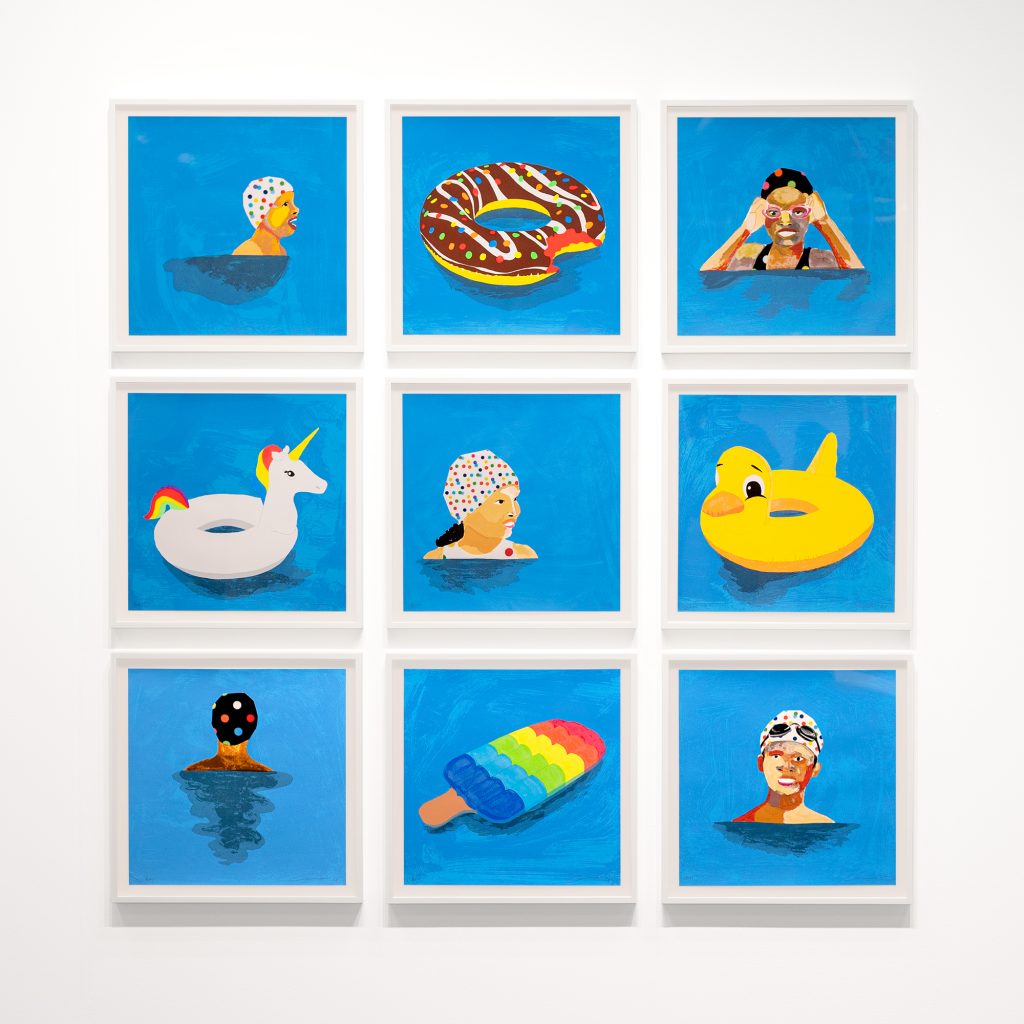 Derrick Adams 2021, “How I Spent My Summer”, Suite of nine screenprints with collages, 18 x 18 inches each image and sheet, edition of 20

Lower East Side Printshop is pleased to announce publication of How I Spent My Summer by renowned artist Derrick Adams. The suite of nine screenprints with collage was created in the Printshop’s prestigious Publishing Residency Program, in collaboration with Artistic Director/Master Printer Erik Hougen throughout 2021. Produced in an edition of 20, and measuring 18 x 18 inches each, image and sheet (45.72 x 45.72 cm).

How I Spent My Summer depicts African Americans relaxing in a pool, simply being. Each image is a swath of deep blue that incorporates bold colors and pencil lines, depicting figures in states of rest and play, and whimsical inflatable pool floats. Adams, with his serio-comic approach, affirms and celebrates life – past, present and future, surviving and thriving.

Past publications with Derrick Adams: 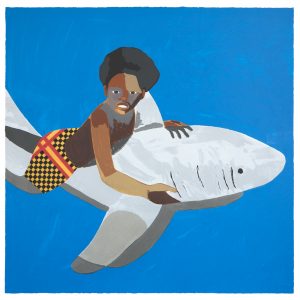 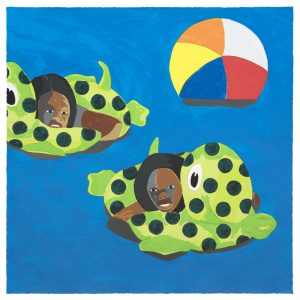 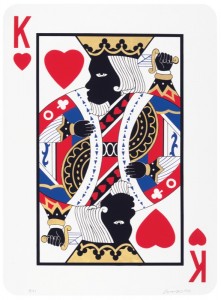 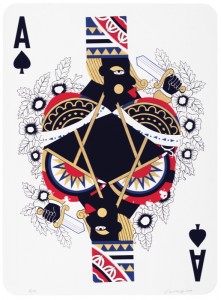 Derrick Adams is a Baltimore-born, Brooklyn, New York-based artist whose critically admired work spans painting, collage, sculpture, performance, video, and sound installations. His multidisciplinary practice engages the ways in which individuals’ ideals, aspirations, and personae become attached to specific objects, colors, textures, symbols, and ideologies. His work probes the influence of popular culture on the formation of self-image, and the relationship between man and monument as they coexist and embody one another. Adams is also deeply immersed in questions of how African American experiences intersect with art history, American iconography, and consumerism. Most notably in his Floater series, he portrays Black Americans at leisure, positing that respite itself is a political act when embraced by black communities. The radicality of this position has materialized in Adams’ work across his Deconstruction Worker, Figure in the Urban Landscape, and Beauty World series.

Adams received his MFA from Columbia University and BFA from Pratt Institute. He is an alumnus of the Skowhegan School of Painting and Sculpture and Marie Walsh Sharpe Foundation’s Studio Program.

Adams is a recipient of a Robert Rauschenberg Foundation Residency (2019), a Gordon Parks Foundation Fellowship (2018), a Studio Museum Joyce Alexander Wein Artist Prize (2016), and a Louis Comfort Tiffany Award (2009). He has been the subject of numerous solo exhibitions, including Where I’m From — Derrick Adams (2019) at The Gallery in Baltimore City Hall; Derrick Adams: Sanctuary (2018) at the Museum of Arts and Design, New York; and Derrick Adams: Transmission (2018) at the Museum of Contemporary Art, Denver. Adams’ work has been presented in numerous important public exhibitions, including Men of Change: Power. Triumph. Truth. (2019) at the National Underground Railroad Freedom Center, Cincinnati; PERFORMA (2015, 2013, and 2005); The Shadows Took Shape (2014) and Radical Presence (2013–14) at The Studio Museum in Harlem; The Channel (2012) at the Brooklyn Academy of Music; Greater New York (2005) at MoMA PS1; and Open House: Working In Brooklyn (2004) at the Brooklyn Museum. His work resides in the permanent collections of The Metropolitan Museum of Art, The Studio Museum in Harlem, the Whitney Museum of American Art, the Virginia Museum of Fine Arts, and the Birmingham Museum of Art.