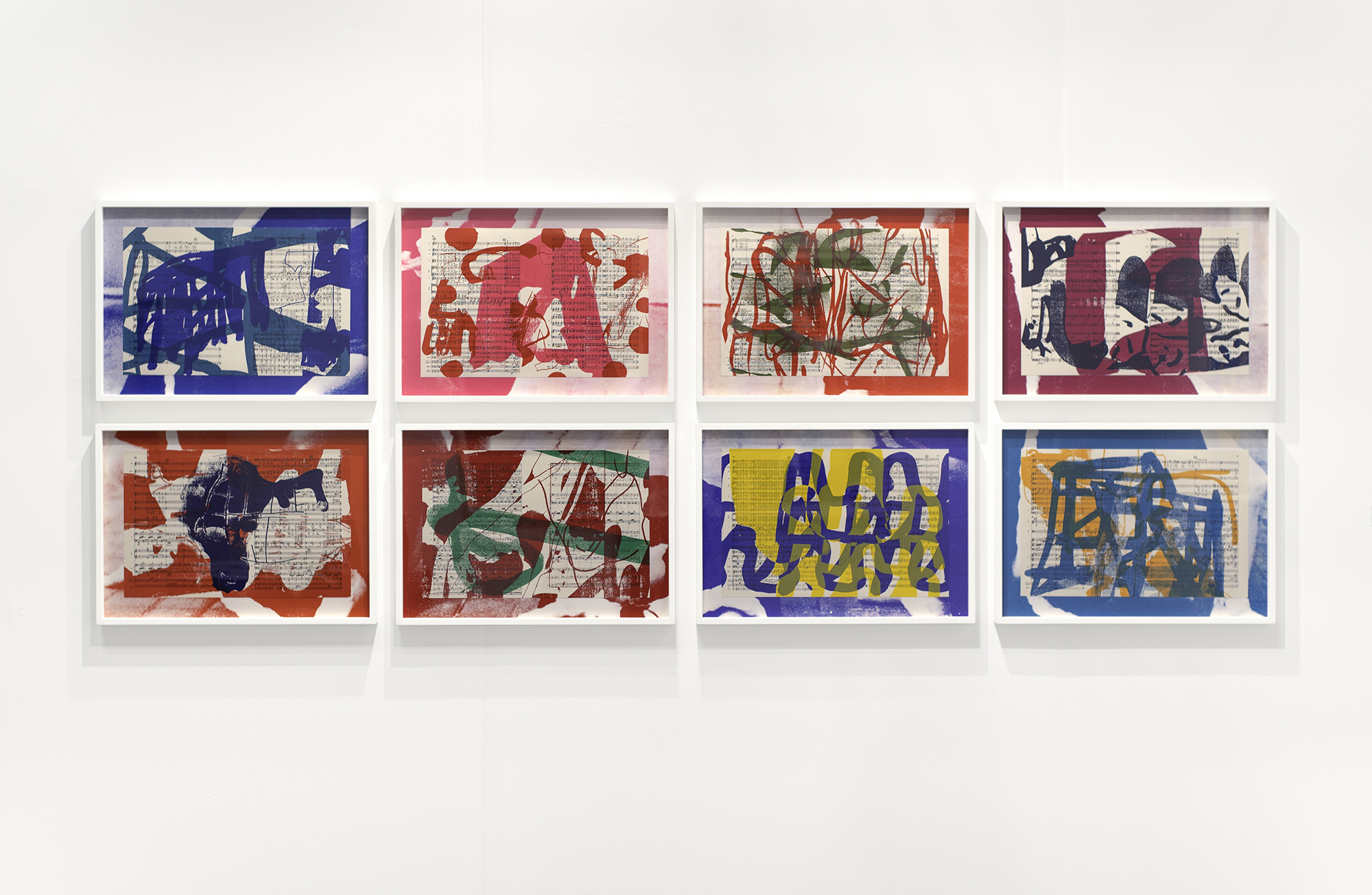 We are very pleased to announce publication of a suite of eight print collages by Arturo Herrera. Titled Las Bodas, the suite was created through the Printshop’s invitational Publishing Residency Program.

In Las Bodas, Herrera draws inspiration from one of his favorite ballets, Igor Stravinsky’s 1917 masterpiece Les Noces (The Wedding). He employs selected score pages and a documentation photograph of an outdoor rehearsal as the base for his drawings. The use of historical material evokes memory and the vitality and performative power of dance. By fragmenting and partially obscuring the background, Herrera creates abstract fields which suggest bodies and lines of dance in motion. He contrasts the found material with his own drawing, limiting himself to only two colors in each print, and the boundaries of the score pages. He is respectful of the notations, as the paint in each layer is transparent enough to read them. While this process may seem disciplined, the drawings beam with unbound freedom, spontaneity and excitement which recall Stravinsky’s powerful and relentless music score. The drawings are the music of the suite.